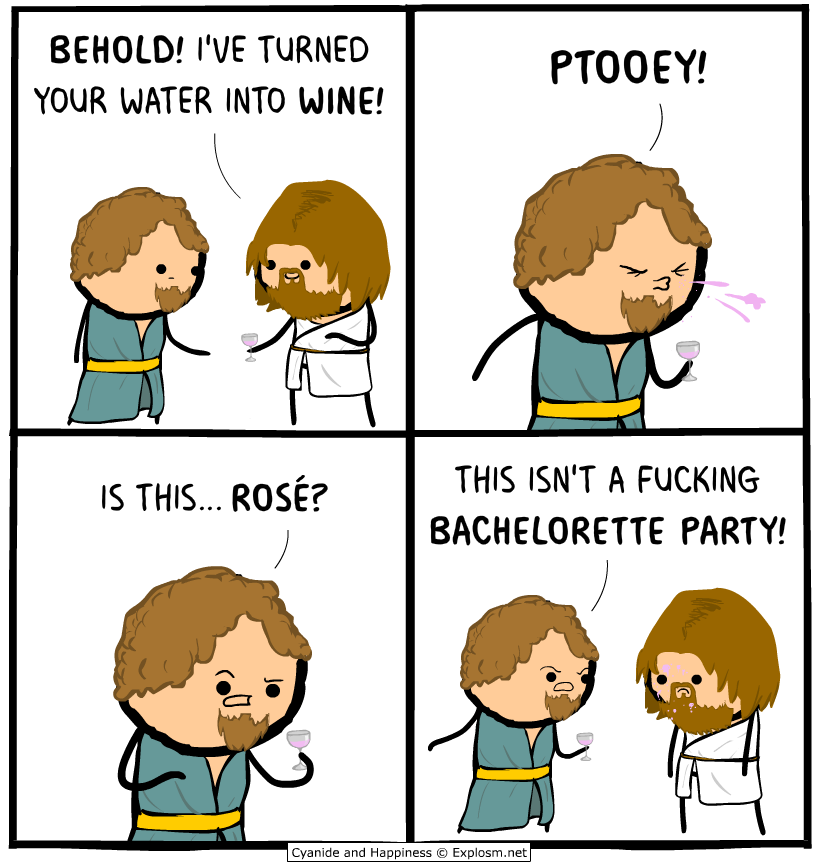 Hovertext:
I was told I’m not allowed to do this by certain household authority figures. The Dresden Panometer is a converted former gasometer that exhibits 360°  panoramas created by the artist Yadegar Asisi.

“The 15 m high visitor’s tower provides you with a 360-degree view from the tower of Dresden’s Town Hall and reveals the extent of the destruction in the panorama by Yadegar Asisi, almost 3,000 m² in size.”

Source: The Dresden Panometer gives visitors an immersive experience on a 1:1 scale of the Allied bombing raids of 1945

CRISPR-Cas9 is the cutting-edge genomic technology that essentially lets you target exact sequences in DNA and then cut into them like a knife and insert or remove a gene. You may remember it from that Chinese scientist who successfully (but controversially) implanted gene-edited embryos into a woman who then gave birth to live lab babies. More often, it’s used to create things like malaria-resistant mosquitoes or mushrooms that don’t brown as fast.

But it does have a lot of practical medical potential, too. It’s already been used to remove HIV from a patient’s genome. And now, after CRISPRing out a blindness-causing gene from mice, scientists have now successfully scaled-up this procedure to work in a live human body. From NPR:

In this new experiment, doctors at the Casey Eye Institute in Portland, Ore., injected (into the eye of a patient who is nearly blind from a condition called Leber congenital amaurosis) microscopic droplets carrying a harmless virus that had been engineered to deliver the instructions to manufacture the CRISPR gene-editing machinery.

The goal is that once the virus carrying the CRISPR instructions has been infused into the eye, the gene-editing tool will slice out the genetic defect that caused the blindness. That would, the researchers hope, restore production of a crucial protein and prevent the death of cells in the retina, as well as revive other cells — enabling patients to regain at least some vision.

The procedure, which takes about an hour to perform, involves making tiny incisions that enable access to the back of the eye. That allows a surgeon to inject three droplets of fluid containing billions of copies of the virus that has been engineered to carry the CRISPR gene-editing instructions under the retina.

Essentially, this means they’re using the CRISP technology to remove the one mutated gene in the person’s DNA that is responsible for the defect that causes this specific kind of blindness. While it’s too early to know if it actually worked — the human body will still need some time to re-map itself and adjust to its new genes — but the potential to make these kinds of changes in live human bodies is huge.

In A 1st, Scientists Use Revolutionary Gene-Editing Tool To Edit Inside A Patient [Rob Stein / NPR]

Source: Scientists have successfully performed CRISPR gene editing in a live human body for the first time ever