Photo captured by @kyleivanblake via IMGUR.

From the Dungeon Masters Guild:

Eat the Rich is a collection of explicitly anticapitalist adventures for  the Dungeons & Dragons roleplaying game. Each original adventure dives into classic D&D tropes, and puts a new spin on them. Tackling issues of workers’ rights, health care, the prison industrial complex, the environment, animal rights, agriculture and more, these adventures will make you passionate to join the revolution.

Eat the Rich features 17 original adventures for tiers 1-4, in a 213 page colour PDF. Set in the Forgotten Realms, Ravnica, Eberron, or ready to be dropped into your own setting, the anthology features work by a global team of new and established designers and artists.

If you want to free the Goblins from the bonds of racial oppression and forge your dwarves together in an iron working union to face down the tyrannical production expectations of the rock giants, now’s your chance.

Source: Revolutionize your next Dungeons & Dragons game with this anticapitalist / anarchist campaign guide

Just because you can do a thing, doesn’t mean you should. This rule especially holds true where the removal of radiation safeguards are involved.

Source: You can use a microwave without a door, but you shouldn’t

There is absolutely nothing in this trailer that doesn’t instill me with an intense sense of glee.

Source: Seven Stages To Achieve Eternal Bliss is a movie I never knew I needed

The tiny skull, about the size of a thumbnail, trapped in amber may belong to the smallest dinosaur scientists have ever discovered. Paleontologist Lida Xing of the China University of Geosciences spotted the skull in a 99-million-year-old chunk of amber from northern Myanmar. From the New York Times:

[Xing, Chinese Academy of Sciences paleontologist Jingmai O’Connor, and their colleagues] called the bird Oculudentavis khaungraae — a name that comes from the Latin words for eye, teeth and bird. The dinosaur’s skull is only 14.25 millimeters, or a little more than half an inch, from its beak to the end of its skull. The animal had bulbous eyes that looked out from the sides of its head, rather than straight ahead like the eyes of an owl or a human.

“We were able to show that this skull is even smaller than that of a bee hummingbird, which is the smallest dinosaur of all time — also the smallest bird,” O’Connor said. “This is a tiny skull, and it’s just preserved absolutely pristinely”….

Most scientists now believe that birds are theropods, dinosaurs of a group that included tyrannosaurus and spinosaurus, but that birds were on their own evolutionary branch from a common ancestor. Paleontologists have long assumed that as birds evolved away from other dinosaurs, having teeth was a trait that was in the process of disappearing altogether. “But this specimen strongly shows that evolution’s really going in all different directions,” Dr. O’Connor said.

More at Nature: “Tiny bird fossil might be the world’s smallest dinosaur”

Source: This tiny skull trapped in amber belongs to the smallest dinosaur ever discovered

This is the way to get a Baby Yoda minifig.

The 1000+ piece LEGO Razor Crest can be ordered in advance of its September debut.

“There are bugs and they will bite on your face.” — a bad review about Sequoia National Park

This is hilarious. Designer Amber Share discovered that there were one-star reviews for all 62 of our National Parks and decided to illustrate and hand letter travel posters for them “as a way to put a positive, fun spin on such a negative mindset.” She calls her Subpar Parks series a “snarky love letter to the National Parks System” and it’s absolutely delightful.

See the entire series on her Instagram, and purchase stickers and postcards (mugs and calendars to come) on her website. 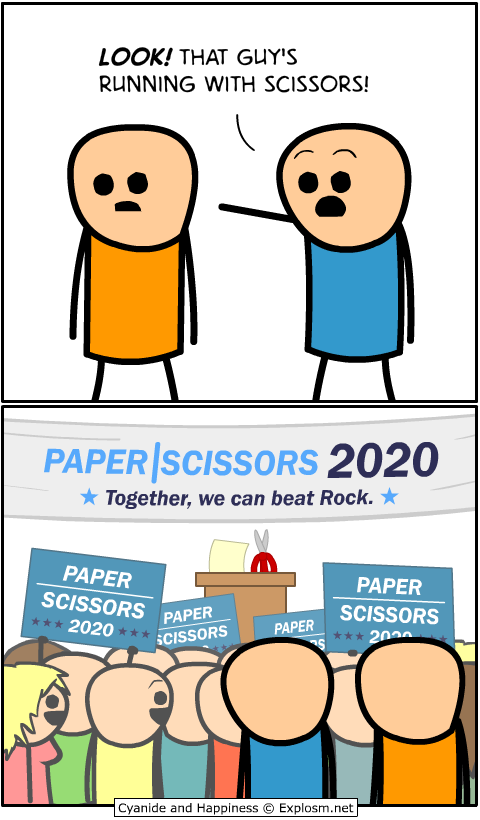