The Gastropod podcast turns five years old this month and to celebrate they’ve compiled a list of 25 of their favorite fun food facts from the show’s archives. Here’s the entire list with links to each of the shows (shared with permission):

1. The Mafia got its start in the 1860s, in the lemon groves of Sicily. At the time, growing lemons was the most lucrative form of agriculture in Europe, thanks to scurvy and the British Navy. (Museums and the Mafia: The Secret History of Citrus)

5. The enamel on our teeth is the hardest tissue in our entire bodies — at 95 percent mineral, it’s basically a rock. (The Truth is in the Tooth: Braces, Cavities, and the Paleo Diet)

6. The invention of forks changed the shape of our jaws. (Episode 1: The Golden Spoon)

7. Medieval nuns used to get high on saffron, to help them get through their prayer marathons. (Meet Saffron: The World’s Most Expensive Spice)

8. In the absence of kitchen timers or affordable clocks, recipes in the earliest cookbooks gave timings in the form of prayers, like two Lord’s Prayers or four Hail Marys. (Cooking the Books with Yotam and Nigella)

9. True wasabi (most wasabi in the U.S. is just colored horseradish) has a flavor “window”: it has no taste for the first five minutes after being grated, then the flavor explodes — but it fades after another ten to fifteen minutes. You have only a few minutes to enjoy wasabi at its peak! (Espresso and Whisky: The Place of Time in Food)

10. The word “avocado” comes from the Nahuatl word for testicle. (Ripe for Global Domination: The Story of the Avocado)

11. The word “cocktail” comes from the practice of putting a piece of ginger up a horse’s butt to make it cock its tail up, and seem younger and friskier. (The Cocktail Hour)

12. Jell-O was originally sold as a patent medicine that was good for hair and nails. (Watch it Wiggle: The Jell-O Story)

13. The earliest recorded recipe for ice-cream was flavored with ambergris, which is a salt- and air-cured whale excretion (no one is quite sure whether it’s vomit or poo). (The Scoop on Ice Cream)

15. The superiority of New York City’s bagels has nothing to do with the city’s water. (The Bagelization of America)

16. Donald Rumsfeld was the man behind the launch of Nutrasweet. (Sweet and Low (Calorie): The Story of Artificial Sweeteners)

17. George W. Bush and a trade deal involving Harley Davidsons were the reason that the Indian Alphonso, the so-called “king of mangoes,” can now finally be imported to the U.S. (Mango Mania: How the American Mango Lost its Flavor — and How it Might Just Get it Back)

18. Jack Daniel learned how to make whiskey from an enslaved African, Nearest Green, who went on to become the company’s first master distiller. (The Secret History of the Slave Behind Jack Daniel’s Whiskey)

20. In England in the 1600s, a special breed of dogs were used to turn spits of roasted meat in front of the open fire. These turnspit dogs are now extinct; their closest relation is thought to be a corgi. (Hotbox: The Oven from Turnspit Dog to Microwave)

21. In America in the early 1900s, the pawpaw was voted the native fruit most likely to succeed, ahead of the blueberry. (Pick a Pawpaw: America’s Forgotten Fruit)

22. The story that carrots are good for eyesight was World War II military disinformation, spread by the British to prevent the Germans from realizing that the Royal Air Force were shooting down so many enemy planes because their cockpits were now equipped with radar and red lighting. (How the Carrot Became Orange, and Other Stories)

23. Mustard became spicy over the course of a 90-million-year evolutionary arms race against caterpillars. (Cutting the Mustard)

24. Plants can hear themselves being eaten. (Field Recordings) 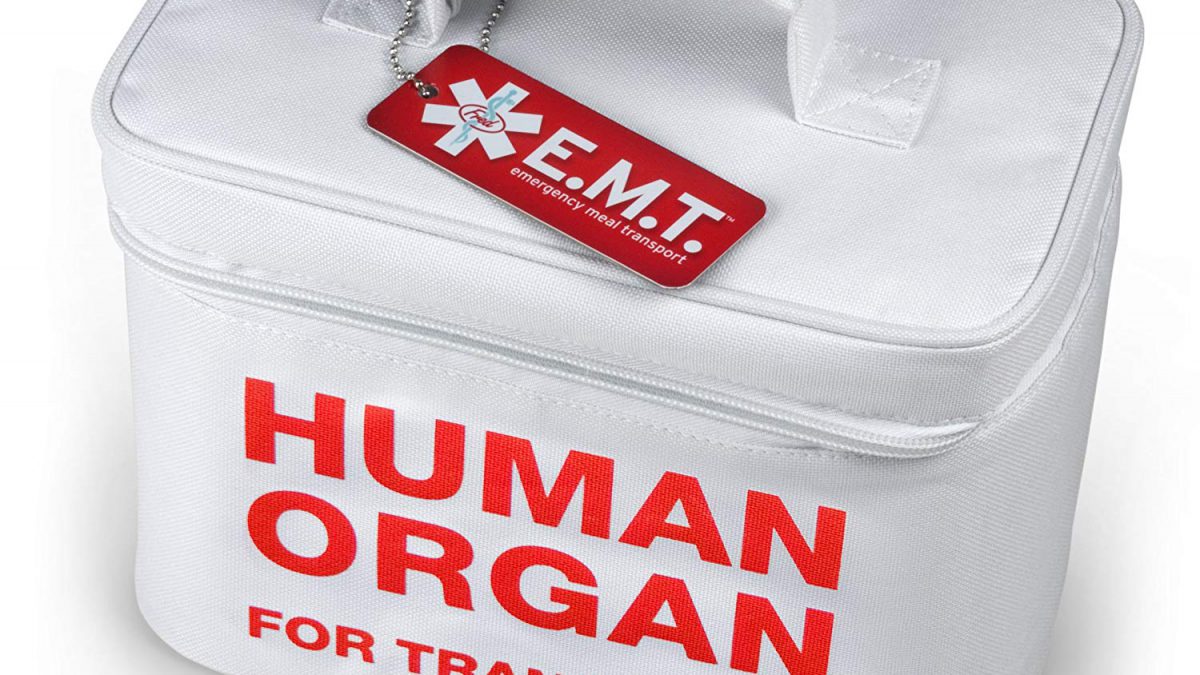 This Emergency Meal Transport Box marked “HUMAN ORGAN FOR TRANSPLANT” is surely just convincing enough to scandalize boomers. Even better, though, is pulling a wet slimy liver from a plastic box with a picture of Voltron on it and flapping it about while yelling “Prep for surgery!”. [Amazon]

This might be the most awkward thing I’ve seen in a while.

It’s a video by The Cut where people are rated how attractive they are on a scale from 1 to 10, by strangers, in person.

Australian actress Rose Byrne and Irish actor Chris O’Dowd, who are both in the movie Juliet, Naked, sat down to teach each other slang terms from their home countries. I like “banjaxed” (broken) and “goon bag” (cheap boxed wine).

Source: Rose Byrne and Chris O’Dowd teach each other Australian and Irish slang

Giving medicine to one of my cats – or any pet I’ve ever had – has always been a source of anxiety, for me as well as them. With their frantic squirming, strange cries, frightened glares, and ultimately letting the medicine fall out of their mouths, it’s never pretty.

I at first thought that maybe the cat in the top video was just an abnormally people-pleasing feline, but then I found this other video (below) with more examples of cats taking their pill as if it were a piece of candy. Apparently there’s a simple process to giving a cat a pill that I have never mastered, but I’ll make sure to watch these videos again the next time I return from the vet’s office with a sick cat.

Source: A quick lesson on the best way to give a cat a pill (can it really be this easy?) 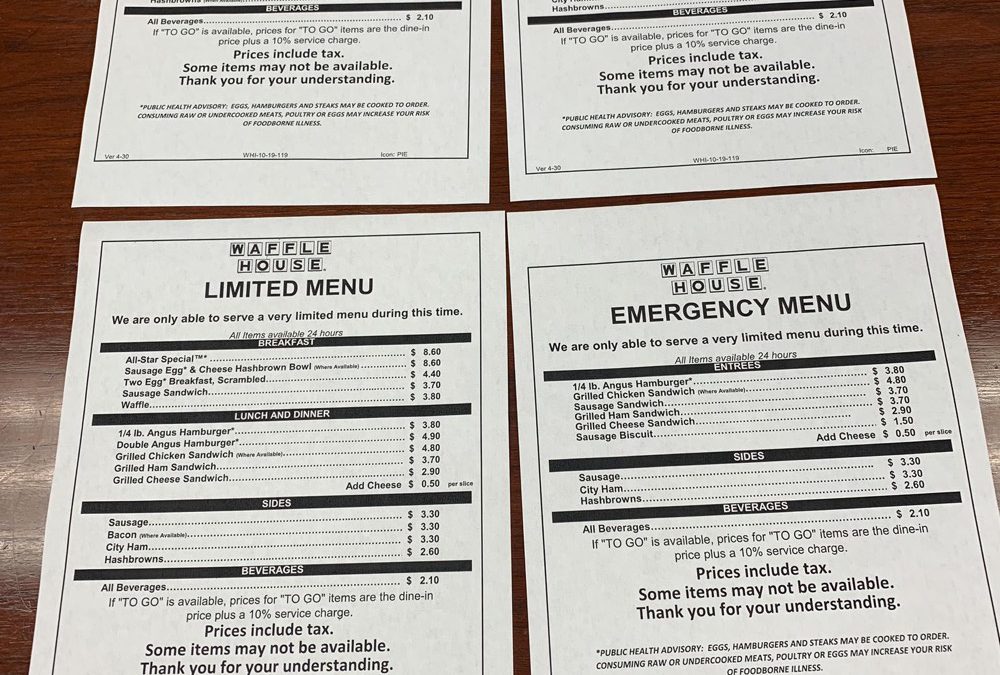 Waffle House is prepared to make you breakfast at all hours of the day in any kind of weather. The restaurant chain is so widely respected for its severe weather preparedness that a former director of FEMA started using their stores as an indicator of how bad a particular storm or disaster was:

The “Waffle House Index,” first coined by Federal Emergency Management Agency Director W. Craig Fugate, is based on the extent of operations and service at the restaurant following a storm and indicates how prepared a business is in case of a natural disaster.

For example, if a Waffle House store is open and offering a full menu, the index is green. If it is open but serving from a limited menu, it’s yellow. When the location has been forced to close, the index is red. Because Waffle House is well prepared for disasters, Kouvelis said, it’s rare for the index to hit red. For example, the Joplin, Mo., Waffle House survived the tornado and remained open.

When any of the stores are in danger of being hit by severe weather, so-called “jump teams” are activated to be ready to deploy wherever needed.

Jump teams are made up of Waffle House contractors, construction workers, gas line experts, restaurant operators, food providers and other associates who are assembled and ready to go wherever needed at a moment’s notice. Their purpose is to help relieve local Waffle House operators and employees who need to evacuate, be with their families or tend to their homes when a storm hits, and help make sure restaurants are able to open quickly after a storm or stay open during a storm.

On Twitter, Blanks shared a photo of the four different pared-down menus that Waffle House prepares for disasters. Source: How Does Waffle House Stay Open During Disasters? 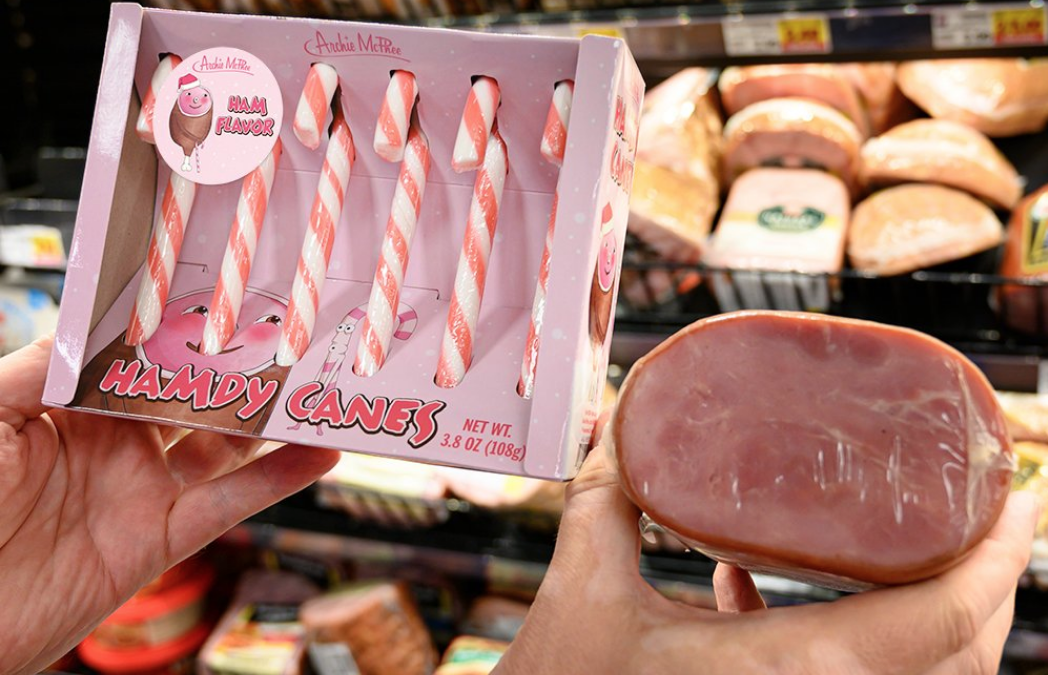 Oh boy, here we go. Archie McPhee has just announced their 2019 candy cane flavors. The star of this year’s line-up are the ham-flavored ones, which are aptly called Hamdy Canes.

When the holidays come around, that can only mean one thing: ham! As much ham as you can eat! We think ham flavor is going to be the pumpkin spice of Christmas. Eventually, you’ll be able to get a ham latté. To get the ball rolling, we’ve created Hamdy Canes! You’ll get six ham-flavored candy canes in a box illustrated with a personified ham with a cane. It will cure what ails you. We could make all kinds of hammy jokes, but we’ll stick with the meat of the product. Each candy cane is 5-1/4″ tall with pink and white stripes.

Right now you can get a box of six of them for $6, you sicko.

While you’re there, pick up boxes of the runners-up too: Kale Candy Canes and Pizza Candy Canes. (I know what I’m secretly gifting in this year’s Yankee Swap!) 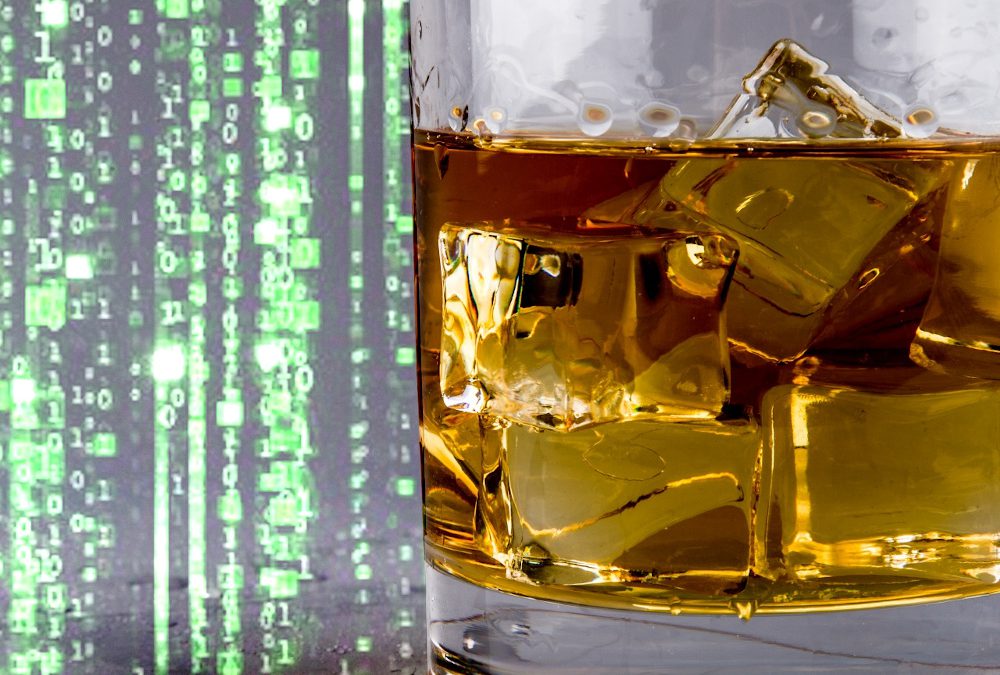 In Whisky tasting using a bimetallic nanoplasmonic tongue (Nanoscale/Royal Society of Chemistry), a team from U Glasgow’s School of Engineering describe their work on an “artificial tongue” lined with “tastebuds” that sense “plasmonic resonance” (the absorption of light by liquids) to produced highly detailed accounts of the profiles of Scotch whiskys, which can be used to determine whether a given whisky is counterfeit.

The team claims more than 99% sensing and identification accuracy.

We have presented a reusable bimetallic nanoplasmonic tongue that displays two distinct resonance peaks per region and whose orthogonal surface chemistries can be selectively modified to tune their ‘tasting’ sensitivity. These unique features have allowed us to halve both the sensor size and necessary data-acquisition time while still providing dataset clustering upon PCA and successful classification with LDA. This is a versatile system, allowing the development of high quality nanoplasmonic tongues for any given application via simple alterations to the chosen surface ligands and/or plasmonic metals in order to produce new sensors with unique chemical responses. This new approach to artificial tongue design may spur the development of portable devices for applications in a point of care diagnostics, counterfeit detection in high-value drinks, environmental monitoring, and defense.

(via Beyond the Beyond)

Source: Artificial tongue’s nanoscale “tastebuds” can sort real whisky from counterfeits more than 99% of the time

Olga Khazan on The Reason Anxious People Often Have Allergies:

“There is good circumstantial evidence that’s growing that a number of mental illnesses are associated with immune dysfunction,” says Sandro Galea, a physician and epidemiologist at the Boston University School of Public Health.

If the link is in fact real, allergies could be causing anxiety and other mood disorders in a few different ways. For one, it’s stressful to be sick, and people with allergies frequently feel like they have a bad cold. The experience of straining to breathe, or of coughing and wheezing, could simply make people feel anxious.

Then there are biological explanations. Allergies trigger the release of the stress hormone cortisol, which can interfere with a feel-good brain chemical called serotonin. It’s not clear how the cortisol does this, Nanda says; it might inhibit the production of serotonin or make it fail to bind with its receptors properly. But when something goes wrong with serotonin, the theory goes, depression or anxiety might set in.

Huh. I definitely suffer from seasonal allergies (they have thankfully slacked off for the summer) and have struggled with anxiety since I was a kid (though I’ve never been clinically diagnosed). I’ll be following this research with interest.

Source: The Possible Link Between Seasonal Allergies and Anxiety & Depression

It’s not often talked about but people with pets see a lot of animal butt. Too much, really. Well, now the folks at Honey Badger Coloring have made coloring books that offer the same view – the backside of cats and dogs. Get out your crayons, colored pencils, and/or gel pens because it’s time to decorate some #Catbutt and #Dogbutt ($6.55 each).