I was looking for a pair of Duluth Trading Company fire hose pants. They are awesome. They are made of the same heavy canvas a fire hose outer insulation is. They are soft, but massively over stitched and have a popular with the nuggets ‘crotch gusset.’ None of these things should have led to Zmart Men’s Sexy Collared Bow Tie Bodysuit/Thong/Butler Teddy Costume Underwear showing up in my recommendations.

The Duluth Trading Company has a number of styles of pant. I wear the regular firehose pant over my Bohn spandex armor when motorcycling around my home county or into the awful dodge’em game that is San Francisco.

The Zmart option looks like it offers minimal abrasion resistance, and will not cover the leg armor to my satisfaction.

Source: Not the heavy duty work pants I was looking for In 2011, a Mr. Ye and Ms. Xue met in Chengdu, China, fell in love, and married. Going through family photos earlier this month, Mr. Ye spotted a shot of his wife at a landmark in the city of Qingdao. Then he spotted himself in the background. The photo was snapped in 2000 when they were both teenagers.

“When I saw the photo, I was taken by surprised and I got goosebumps all over my body… that was my pose for taking photos,” said Mr. Ye. “I also took a photo, it was the same posture (as captured in Ms Xue’s photo), just from a different angle.”

Ms. Xue had visited Qingdao to help her mother relax after undergoing an operation a few months earlier. Mr. Ye had been visiting May Fourth Square in Qingdao because his mother had taken ill after booking herself the trip and asked her son to go in her place.

Qingdao and Chengdu, cities of 9 and 14 million people (respectively), are separated by over 1,100 miles and it takes over 20 hours to drive between the two cities.

Source: Married couple notice they’re randomly both in a photo taken 11 years before they met This might very well be my new favorite thing. While the “Super Big Wrapped in Warmth Happy Furry Jeans Sleeping Bag” looks like an oversized pair of dungarees, it’s really just a giant novelty sleeping bag built for two! It even comes with two bandana-patterned pillows, which fit adorably in the back pockets… It’s available at Japan Trend Shop for $696. Grab one for me too and we’ll have a sleepover.

Source: This is not a giant pair of jeans, it’s a sleeping bag for two

Arielle Pardes posted this image of a baked clay sculpture/figurine that is the spitting image of a fidget spinner. “Spinning Toy with Animal Heads” is from Tell Asmar in Iraq, former site of the ancient Sumerian city of Eshnunna, dates from 2000-1800 BCE, and is currently housed at the Oriental Institute of the University of Chicago. 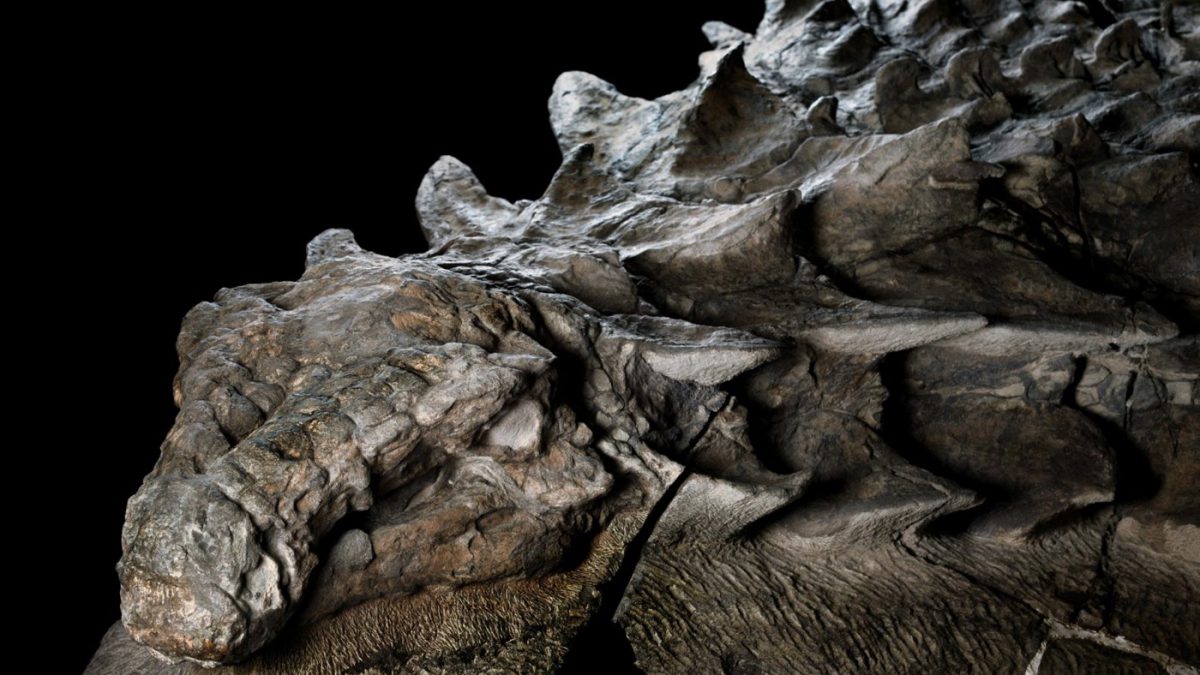 In 2011, an excavator operator working in a Canadian mine uncovered a group of unusual looking rocks. The rocks turned out to be the remains of a dinosaur called a nodosaur that died about 110 million years ago. The nodosaur was so well preserved that it looks like a stone statue of a dinosaur instead of just fossilized remains.

The more I look at it, the more mind-boggling it becomes. Fossilized remnants of skin still cover the bumpy armor plates dotting the animal’s skull. Its right forefoot lies by its side, its five digits splayed upward. I can count the scales on its sole. Caleb Brown, a postdoctoral researcher at the museum, grins at my astonishment. “We don’t just have a skeleton,” he tells me later. “We have a dinosaur as it would have been.”

The photos are amazing…it really does look like a statue.

I would rather not find out why this happened. It’s better to appreciate out of context.

Source: This is what a cat looks like if you shave everything but its face Yandy introduced a new line of Disney princess-inspired lingerie sets. The company doesn’t name the sets after the princesses, but it’s pretty obvious who’s who. Will Disney let this stand? Redbook asked four women to wear the lingerie to bed and report their experience:

Usually, getting ready for bed means a bulky sweatshirt and pajama shorts, so he was absolutely thrilled and got right down to business.

“He had zero clue that Disney princesses were involved in any way, even when I gently asked him if the lingerie reminded him of anything. His answer: “Sexy things.” I prodded a little more, asking if it seemed like a character. “Is it Disney?” I was so excited and said, “Yes! It’s a princess – can you guess which one?” I should point out that I look nothing like Snow White, so I was pretty impressed that he guessed Snow White right off the bat. “The colors made it obvious,” he said. 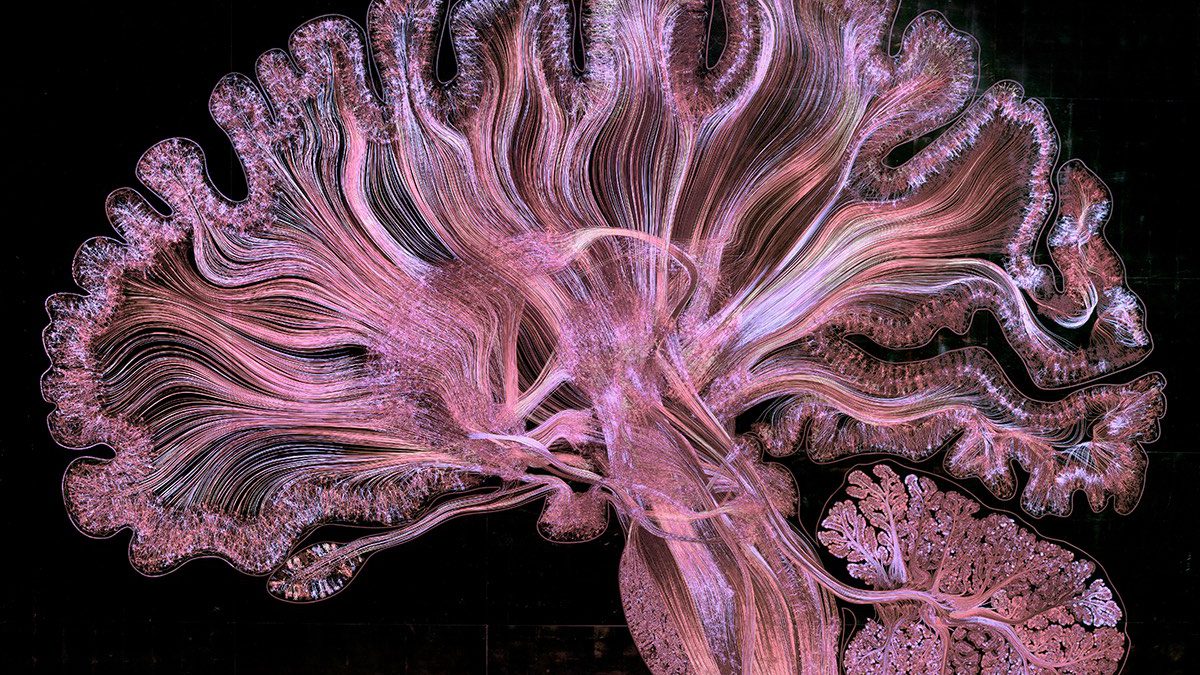 Self Reflected is a project by a pair of artist/scientists that aims to visualize the inner workings of the human brain.

Dr. Greg Dunn (artist and neuroscientist) and Dr. Brian Edwards (artist and applied physicist) created Self Reflected to elucidate the nature of human consciousness, bridging the connection between the mysterious three pound macroscopic brain and the microscopic behavior of neurons. Self Reflected offers an unprecedented insight of the brain into itself, revealing through a technique called reflective microetching the enormous scope of beautiful and delicately balanced neural choreographies designed to reflect what is occurring in our own minds as we observe this work of art. Self Reflected was created to remind us that the most marvelous machine in the known universe is at the core of our being and is the root of our shared humanity.

It’s important to emphasize that these images are not brain scans…they are artistic representations of neural pathways and other structures in the brain.

Self Reflected was designed to be a highly accurate representation of a slice of the brain and is informed by deep neuroscience research to allow it to function as a reliable educational tool as well as a work of art.

Source: Marvelous and super-detailed visualizations of the complex structure of the human brain 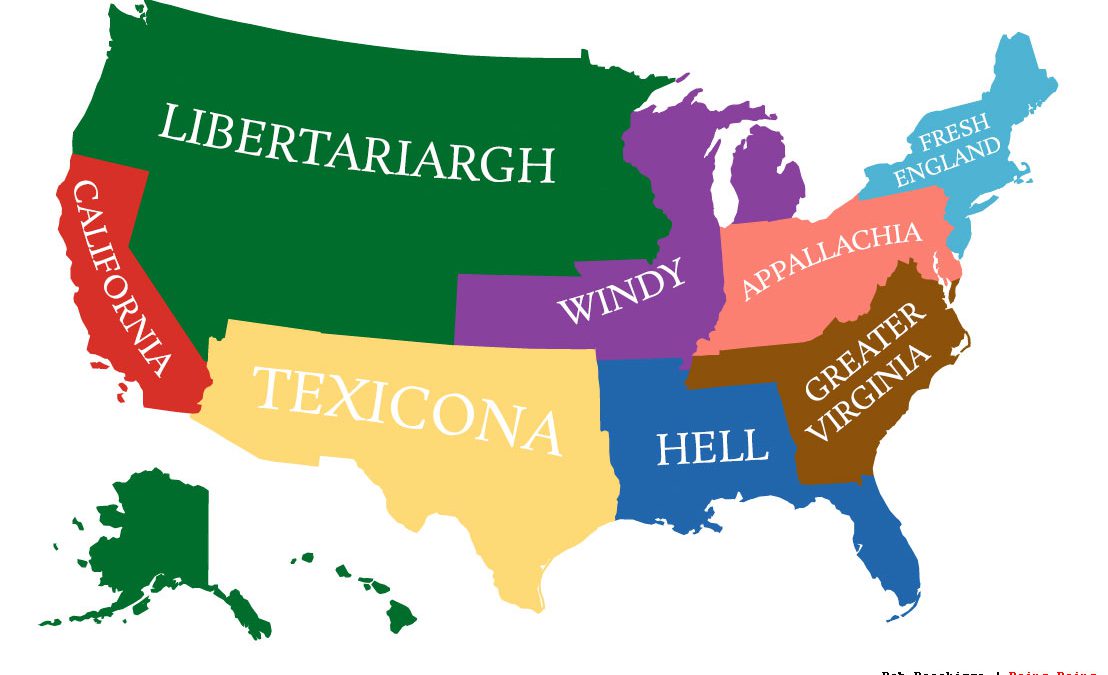 Speculative redivisions of the USA into equal-population states tend to discard the existing ones entirely in favor of the average. I thought it would be interesting to instead keep the most populous state, California, then combine other states to meet it in size. Since they’re always complaining. (more…)

Source: America divided into states with the population of California